In the previous sections, we defined the actions that represent the facts about “what happened” and the reducers that update the state according to those actions.

The Store is the object that brings them together. The store has the following responsibilities:

It's important to note that you'll only have a single store in a Redux application. When you want to split your data handling logic, you'll use reducer composition instead of many stores.

It's easy to create a store if you have a reducer. In the previous section, we used combineReducers() to combine several reducers into one. We will now import it, and pass it to createStore().

You may optionally specify the initial state as the second argument to createStore(). This is useful for hydrating the state of the client to match the state of a Redux application running on the server.

Now that we have created a store, let's verify our program works! Even without any UI, we can already test the update logic.

You can see how this causes the state held by the store to change: 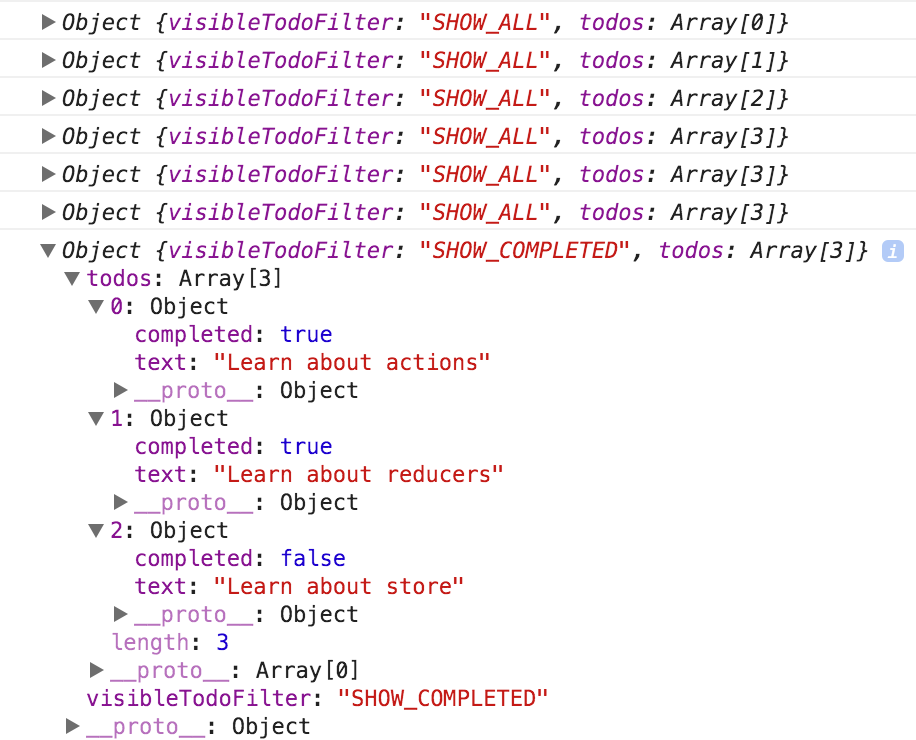 We specified the behavior of our app before we even started writing the UI. We won't do this in this tutorial, but at this point you can write tests for your reducers and action creators. You won't need to mock anything because they are just pure functions. Call them, and make assertions on what they return.

Before creating a UI for our todo app, we will take a detour to see how the data flows in a Redux application.